A Key Trump Advisor Still Doesn't Have His Security Clearance 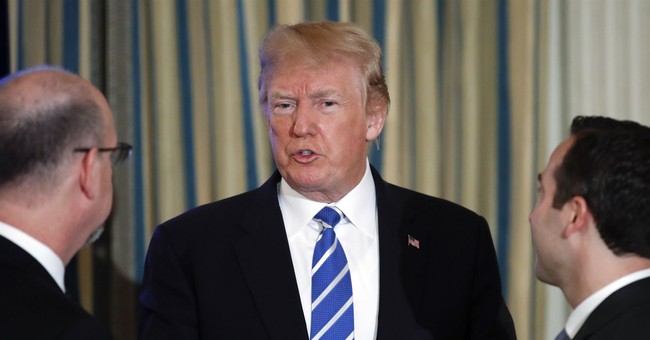 With the controversy surrounding the resignations of White House staffers Rob Porter and David Sorenson, the media has placed a new spotlight on the process of obtaining White House security clearances. Both Porter and Sorenson failed to get permanent clearances because the FBI was investigating serious charges of domestic abuse against them. When those charges came to light, they resigned.

Now, the media is uncovering other staffers who are still only working with interim clearances. At least one of those people is a high profile figure in the administration, President Trump's son-in-law Jared Kushner.

The delay in Kushner's security clearance does not seem to be due to such disturbing reasons as Porter's and Sorenson's. It may come down to his answering questions incorrectly and his "complicated financial history," The New York Times suggests.

In any case, Kushner's lawyer said there's nothing unusual about it.

Abbe D. Lowell, Mr. Kushner’s lawyer, said in a statement that “it is not uncommon for this process to take this long in a new administration (some taking as long as two years)” and that there are “a dozen or more people at Mr. Kushner’s level whose process is delayed like his.”

Lowell added that “the extent of his holdings, travels and lengthy submissions” can also explain the slow process. Yet, it has not affected Kushner's ability to do his job.

There is a deep backlog of security clearances in the government, 700,000 of which have yet to be processed. In the White House, over a dozen top officials are working with an interim clearance. While the White House is referring questions to the FBI, the agency said it is only responsible for background checks. It does not make the final decision on granting clearances.

The White House has faced backlash for allowing Porter to work there for so long with an interim clearance. While he was quickly forced out after the severity of the allegations surfaced, President Trump was criticized for "wishing him well" last week. Still, officials say that Trump supports all victims of domestic violence.