Poll: Majority of Republicans Believe the FBI Is Trying to 'Delegitimize' Trump 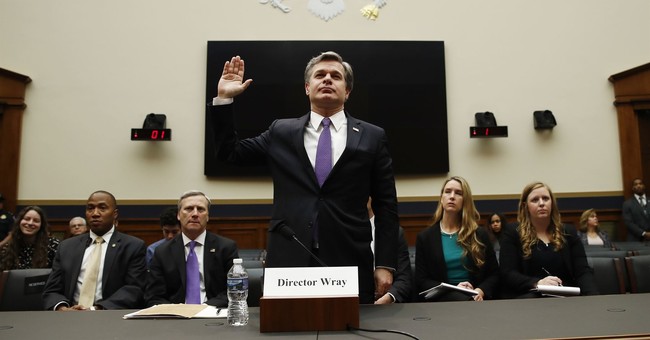 Now? Seventy-three percent of Republicans say that “members of the FBI and Department of Justice are working to delegitimize Trump through politically motivated investigations.”

Last month: 91% have “great deal” or “some” confidence in country’s law enforcement agencies.

Today: 73% agree “members of FBI & Dept of Justice are working together to delegitimize Trump through politically motivated investigations.”

The declassification of the House Intelligence Committee memo on surveillance abuses can help explain the drastic shift. The four-page memo, written by Republican Chairman Devin Nunes, describes how the FBI violated FISA to spy on members of the Trump campaign during the 2016 presidential election. It seems they used an unsubstantiated dossier tying Trump to Russia to seek their warrants.

Republicans also had reason to lose trust in the FBI after seeing the anti-Trump texts FBI agent Peter Strzok sent to his mistress and bureau lawyer Lisa Page. He was removed from special counsel Robert Mueller's investigation after the discovery.

Three in four Democrats, meanwhile, believe it's the other way around. “Members of the Republican Party and the White House are working to delegitimize the FBI and DOJ in the investigation of Russian tampering in the 2016 presidential election,” they believe, according to Reuters polling.

The Democrats are planning to release their own, longer memo, one that House Intelligence Committee ranking member Adam Schiff claims includes proper context the Republicans conveniently omitted. The committee voted unanimously to make it public and it is now under review by Trump.

One final intriguing statistic from Reuters: Fifty-two percent of Americans say they believe Trump or someone from his campaign colluded with Russia.

Leftists Are About to Kill Millions of People Right Before Our Eyes
Townhall
Andrew Follett says 'the media is telling you two major lies' about mass shootings and gun control
Twitchy
Barack Obama With the Worst Take of All Time on Uvalde
Redstate
Mass Shooting Facts to Shut Down Your Liberal Sister and Her Annoying, Man-Bunned, Non-Binary 'Boy' Friend at Your Memorial Day BBQ
PJ Media