A Win for Dems? Alito Allows PA to Proceed With New Congressional Maps 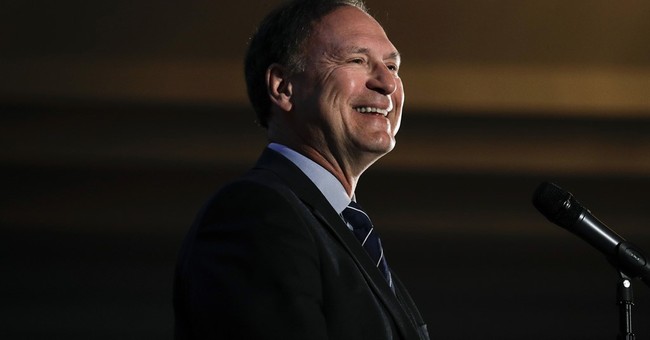 When the Pennsylvania state supreme court ordered a new congressional map for the 2018 primary and general elections, Republicans pushed back. The supreme court was overstepping its bounds because it is the state legislature’s duty to draw congressional maps, they argued. Republicans asked the Supreme Court to intervene, but Justice Samuel Alito ruled that the state could proceed with the new maps.

Alito's order is being celebrated by voters as a win for democracy - and perhaps Democrats.

This is a huge win against gerrymandering. Pennsylvania will now have to adopt fairer congressional districts in 2018 that could lead to major Dem gains https://t.co/279rPvX3Ec https://t.co/OAZTVHkqyj

Liberal critics say the Republicans tried to enforce gerrymandered congressional districts because they were an unfair advantage to them - even in years Democrats won the statewide popular vote.

The latest decision, from the Pennsylvania Supreme Court, struck down the state’s congressional map, saying it “clearly, plainly and palpably” violated the state’s Constitution. The court told state lawmakers to redraw the state’s 18 House districts, which currently favor Republicans, and it left open the possibility that it would impose its own map.

Under the current map, Republicans control 13 of those 18 seats. Election law experts say that a nonpartisan map could move as many as three of those seats to Democrats and increase that party’s chances of regaining control of the House in the midterm elections this fall. (New York Times)

ThinkProgress says it's very telling that the order came at the hands of Justice Alito, a staunch conservative. He did not offer a reason in his ruling.

Texas, Wisconsin, and North Carolina have been facing their own gerrymandering issues. Last month, federal judges in North Carolina concluded that Republicans were trying to game the system with their own partisan maps.

Pennsylvania Republicans have until Friday to submit a revised map to Democratic Governor Tom Wolf. If they can't come to an understanding, the state court will draw its own map.