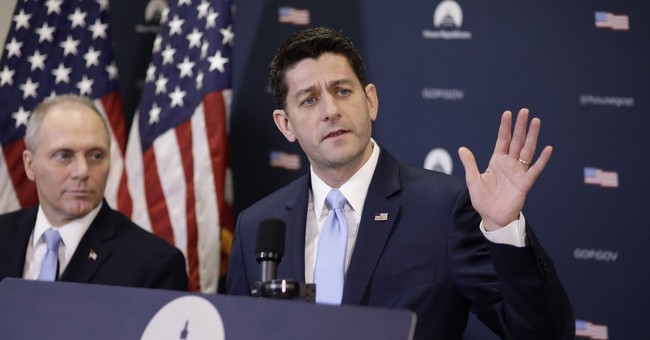 House Speaker Paul Ryan is to blame for the House's tattered reputation in the wake of the memo that reportedly details abuses at the FBI, according to The Washington Post editorial board. He was asked to remove Devin Nunes as chairman of the House Intelligence Committee, but stood by him, insisting Nunes is just trying to keep Americans safe. The release of the memo will not hamper the investigation into Russian collusion, Ryan added.

"Sunshine is the best disinfectant," he said at a Republican retreat press conference. "And so what we want is all of this information to come out so that transparency can reign supreme and accountability can occur."

The speaker's full-speed-ahead approach to the declassification of the memo is why the WaPo is pinning all the eventual blame on him.

Mr. Ryan bears full responsibility for the deterioration of congressional oversight of intelligence operations. Once a bipartisan responsibility that lawmakers treated soberly — as they still do in the Senate — oversight under Mr. Nunes has become another front in Mr. Trump’s assault on the law enforcement institutions investigating the president and his associates. House Republicans are poisoning the committee’s relationship with the intelligence community and distracting from real issues demanding attention. (Washington Post)

Nunes, Ryan, and other congressional Republicans have lost sight of the issue, the editors argue. Instead of focusing on the real culprit - Russians who interfered in our elections - Congress is treating the FBI as the enemy.

Other questions the editors raise: Why won't Ryan approve the release of the Democrats' drafted memo as well? (He said he would be open to a release after more scrutiny.) Is it a coincidence that Nunes wants to release the memo around the same time Trump is reportedly considering firing special counsel Robert Mueller and Deputy Attorney General Rod Rosenstein?

The editorial board points out the concerns shared by the DOJ and the FBI, which both bristled at the memo's potential release. On Wednesday, the FBI published a statement that it had "grave concerns" over the memo's contents and doubted its accuracy.

Rep. Jeff Duncan (R-SC) said the FBI should be worried. He's seen the memo and he suggested that it contains proof the agency violated Americans' privacy rights during the 2016 election. He and other Republicans are pushing for its release in the name of transparency and accountability. President Trump told Duncan he will 100 percent approve the memo's release.

That is a mistake that serves to interrupt the investigation into Russian collusion, the WaPo insists.

"It is sad to see the speaker allow the House to be tarnished in this way," the editors write.