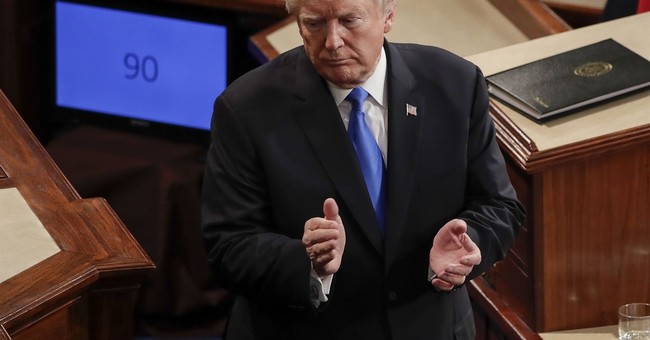 Trump is guilty of "recurring, redundant drumbeat of anti-Latino commentary," Garaufis said in a Brooklyn courtroom Wednesday while hearing a case on the Deferred Action for Childhood Arrivals (DACA) program. DACA participants and 16 states have challenged Trump's decision to end the program.

"It's extreme, it's recurring, it's vicious," Garaufis added.

Colleen Melody, a lawyer for the state of Washington, at one point asked if Trump would have made the same decision on DACA if its beneficiaries hailed from Norway. Clearly, she was making reference to Trump's controversial immigration comments, where he reportedly called Haiti, El Salvador, and African nations "s***hole "countries, but heaped praise on Norway.

"My observation was that most of people that I ran into in Norway when I was there were white," Garaufis couldn't help but note.

Trump announced his plans to end the program last September, denouncing it as an executive overreach by his predecessor President Obama. Yet, he gave Congress six months to try and make DACA constitutional. The March deadline is fast approaching.

Despite Trump's six-month window, Democrats still railed against his callous move. How could he threaten children who came here illegally as minors? For many of them, America is the only home they've ever known.

The issue is such a hot topic that it even led to a government shutdown two weeks ago. Democrats refused to vote for a spending bill that did not protect DACA recipients. Trump extended another hand last week. This one was pretty generous. He offered a path to citizenship for younger "Dreamers" in 10-12 years, in exchange for border wall funding.

It was still a non-starter. Democrats accused the president of holding Dreamers hostage for his immigration plans.

Trump is familiar with rebelling judges. Last year, when he tried to implement his temporary travel ban on six Muslim-majority nations, he faced resistance in courtrooms all over the country.

Judge Garaufis did not announce when he'd make his ruling on DACA.