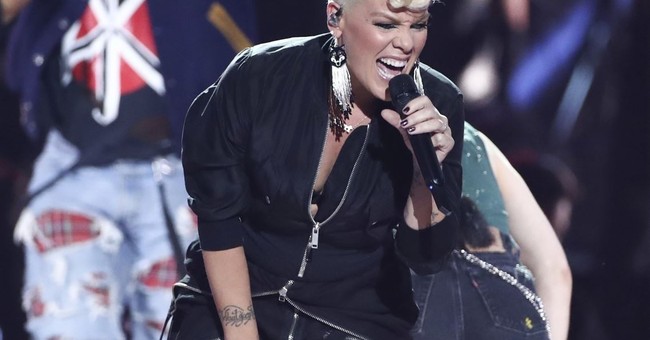 Recording Academy president Neil Portnow is facing backlash for comments he made about female recording artists following Sunday's Grammy awards. The media noticed that women nearly went home empty handed in the night's biggest categories - the only exception being Alessia Cara, who won the Best New Artist award. In fact, women made up just 9 percent of the Grammys' 899 nominees, Billboard calculated.

Variety asked Portnow about the lack of recognition.

“It has to begin with… women who have the creativity in their hearts and souls, who want to be musicians, who want to be engineers, producers, and want to be part of the industry on the executive level… [They need] to step up because I think they would be welcome. I don’t have personal experience of those kinds of brick walls that you face but I think it’s upon us — us as an industry — to make the welcome mat very obvious, breeding opportunities for all people who want to be creative and paying it forward and creating that next generation of artists.” (Variety)

Pink spoke for many of her fellow female artists when she published the following message on her Twitter page. "Stepping up," she said, is not the issue.

Portnow has since walked back his initial comments, particularly those two controversial words.

"Last night, I was asked a question about the lack of female artist representation in certain categories of this year's GRAMMY Awards," he said in a statement. "Regrettably, I used two words, 'step up,' that, when taken out of context, do not convey my beliefs and the point I was trying to make."

"We must actively work to eliminate" the barriers to women in the music industry, Portnow continued.