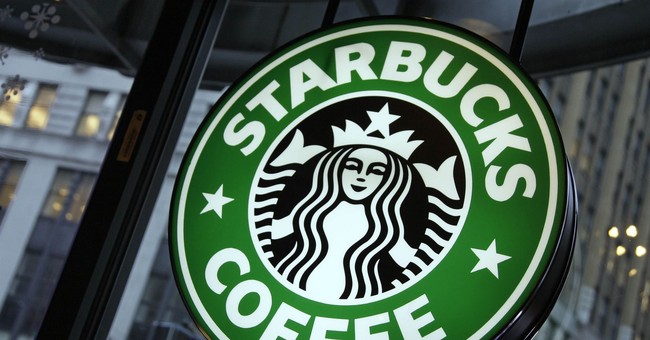 Starbucks has caught the tax reform bonus fever. Like so many other major companies before them, the Seattle-based coffee chain is rewarding employees with bonuses and raises thanks in part to last month's Republican tax reform.

The Seattle-based coffee chain is giving all of its U.S.-based hourly and salaried workers an unspecified raise in April, in addition to a wage increase already dispersed earlier in the Starbucks’ fiscal year, which began last October. Starbucks says it is investing roughly $120 million in the wage increases.

Starbucks is also awarding workers stock grants worth a total of more than $100 million to those employed by the chain as of Jan. 1, 2018. Retail employees will receive at least a $500 grant, while store managers will receive grants of $2,000, the chain said. (Fox Business)

The company is not stopping there. Starbucks CEO Kevin Johnson was happy to share that they were expanding their sick leave policy as well.

“Today, we are proud to announce additional investment in stock, wages and a new partner and family sick time benefit that will further enhance our industry-leading approach. Just as we have always felt strongly that our partners are key to our business success, we have also known offering a valuable, comprehensive benefits package helps us retain our valuable partners,” Johnson said in a statement.

Before Starbucks's announcement,125,000 Disney employees learned they were going to receive $1,000 cash bonuses as the company prepares to launch a new $50 million education program. JP Morgan Chase is building 400 new branches, Visa is hiking its 401k match program, and Darden Restaurant Group made a $20 million investment in its own workforce.

The GOP-led tax bill slashes the corporate tax rate from 35 percent to 21 percent.