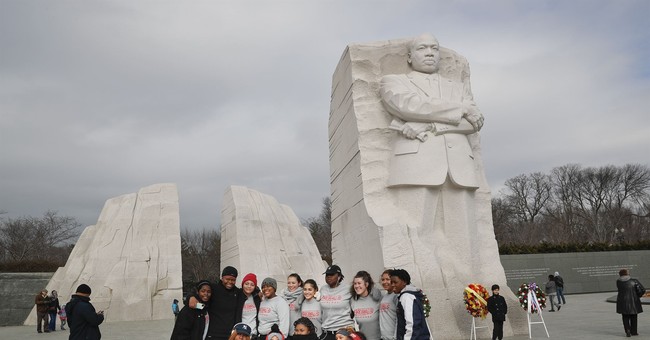 CNN likes to pride itself on getting its facts first. They like to remind their viewers daily with that tiring apple/banana commercial.

They did not live up to the mantra when they published the following tweet/news piece about late civil rights icon Martin Luther King, Jr.

- He was a socialist before it was cool

Many Americans have turned MLK into a safe holiday mascot, but some say King still speaks in ways that go beyond civil rights https://t.co/zMBtSBfPIm pic.twitter.com/Y8gl4Kx7lP

In the piece, author John Blake compares King to modern day Democratic socialists like Sen. Bernie Sanders, who galvanized Millennials in the 2016 presidential election. Many of King's policies square with the themes young people today flock to, Blake argued.

King called for universal health care and education, a guaranteed annual income and the nationalization of some industries.

He was a big supporter of unions, and while there was no Fight for 15 campaign to raise the minimum wage during his time, he once said even menial workers should make enough "so they can live and educate their children and buy a home and have the basic necessities of life."

As you can imagine, not everyone agreed with CNN's biography - both that King was a socialist and that socialism is somehow "cool" today.

MLK JR was NOT a Socialist as CNN would mislead you to believe. He was far from being a Socialist. He was a reformist. Socialists don't believe in non violent anything. They hoard war and disaster, violence, and divisive behavior. King was none of those things. Shame on you CNN. https://t.co/2ME2pnJBGp

CNN has no shame! MLK, Jr. was not a socialist! He believed in hard work, personal philanthropy more than the state, and traditional values. They are stating false information about his true beliefs.

I wonder if Venezuelans agree with the network's suggestion that socialism is "cool." Last we checked, Venezuelans were starving under the oppressive system. Matt has been covering the tragic conditions. For too long now, citizens have lacked access to medicine, food, soap, toilet paper, and other necessities. Children are dying from malnutrition.

Ask Blake, the author of the "socialism is cool" piece, and he'll say socialism has nothing to do with it.

The author of CNN's "MLK Jr. was socialist before it was cool" piece https://t.co/aLVNSZOExY