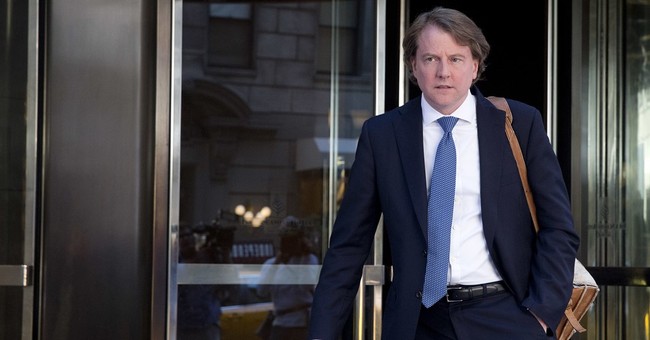 The Russian investigation led by special counsel Robert Mueller has unveiled that President Trump asked White House counsel Donald F. McGahn II to try and stop his attorney general from recusing himself. He did as was asked and lobbied Jeff Sessions to reconsider, according to a fresh New York Times report.

President Trump gave firm instructions in March to the White House’s top lawyer: stop the attorney general, Jeff Sessions, from recusing himself in the Justice Department’s investigation into whether Mr. Trump’s associates had helped a Russian campaign to disrupt the 2016 election. (New York Times)

We all know Sessions went through with the recusal and angered Trump in the process.

In light of the report, a top Democratic lawmaker, Rep. Jerrold Nadler (D-NY), is demanding McGahn step down.

“Mr. McGahn’s reported conduct is completely unacceptable.  The role of the Attorney General is to uphold the law—including the rules prohibiting Department of Justice officials from participating in cases in which they have a conflict of interest," Nadler said in a statement late Thursday.

"Either Mr. McGahn knows this, and decided to interfere with the Russia investigation anyway, or he doesn’t," Nadler added. "Neither case is acceptable and he should be removed from his post immediately."

Sen. Mazie Hirono (D-HI), who sits on the Senate Judiciary Committee, is also outraged by the New York Times report, telling CNN on Friday that it is more proof the president has been focused on "derailing" the investigation and his ties to Russia. It is akin to "obstruction of justice," she suggested.

"It reminds me of Watergate," she added.

Hirono would "welcome" McGahn to come testify before the committee, eager to hear what he knew and what role he played in "interfering" in the Russian investigation.

Four indictments have come out of the special counsel investigation so far, although not all have been directly related to the Trump campaign. Former Trump campaign chairman Paul Manafort and his deputy Rick Gates were indicted in October over money laundering charges. Former Trump national security adviser Michael Flynn and former Trump campaign foreign policy adviser George Papadopoulos were charged for lying to the FBI about their Russian contacts. Democrats expect more indictments in the coming year.

Trump reiterated his thoughts on the matter this morning.

Well, now that collusion with Russia is proving to be a total hoax and the only collusion is with Hillary Clinton and the FBI/Russia, the Fake News Media (Mainstream) and this phony new book are hitting out at every new front imaginable. They should try winning an election. Sad!