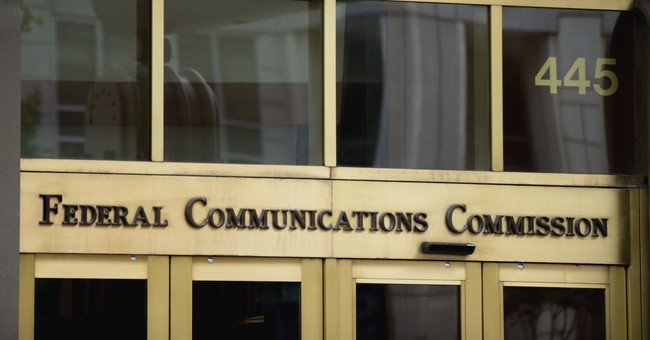 The Federal Communications Commission was on the verge of voting on whether or not to repeal Obama-era net neutrality regulations, when Chairman Ajit Pai had to call a recess due to an unidentified security concern. Reportedly, someone had called in to say a "briefcase was in the room about to explode."

Watch how the disruption unfolded below.

The @FCC meeting room cleared by security for unspecified threat during @AjitPaiFCC statement on #NetNeutrality repeal; everyone in room moved to main hallway near building security entrance pic.twitter.com/JjWC4D0j2V

After the meeting again got underway, the commission voted to repeal the net neutrality rules by 3-2. Chairman Pai explained that repealing the rules will lead to a "better, faster, cheaper internet," freeing internet service providers from being micromanaged by bureaucrats.

Others are under the opposite impression.

This is an egregious attack on our democracy. The end of #NetNeutrality protections means that the internet will be for sale to the highest bidder. When our democratic institutions are already in peril, we must do everything we can to stop this decision from taking effect. https://t.co/8GGrJFMdrU

New York Attorney General Eric Schneiderman is reportedly so upset over the FCC vote he is leading a multi-state lawsuit to overturn it.

.@AGSchneiderman says FCC #NetNeutrality ruling "a blow to everyone who cares about a free and open internet." He will lead multi-state lawsuit to overturn.