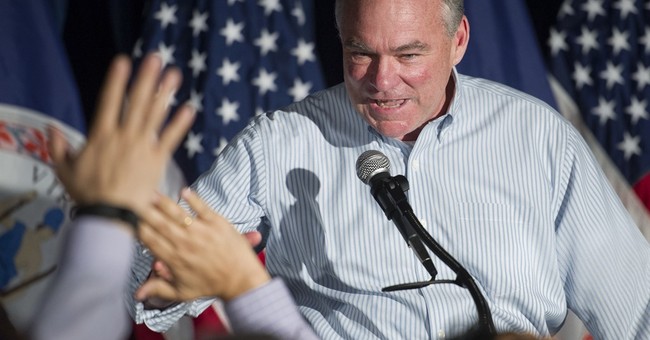 Before Sen. Al Franken (D-MN) stepped on to the Senate floor Thursday to announce his resignation from Congress, Sen. Tim Kaine (D-VA), Hillary Clinton's 2016 vice presidential running mate, wrote a letter to the Office of Compliance with his hope they could make other sexual harassment claims public.

The senator requested the office release the number of settlement claims released between 2007 and 2017 and their respective dollar amounts.

"I’m entitled to this information and if I’m going to get it, I’m going to make sure the public gets it,” Kaine pledged.

We know about at least one of those settlement claims. Last month, BuzzFeed broke the news that Rep. John Conyers (D-MI) settled a $27,000 claim in 2015 with a female staffer who accused him of sexual misconduct. He announced his retirement from Congress earlier this week as his list of accusers kept growing.

The need for transparency on Capitol Hill is a bipartisan effort. Rep. Marsha Blackburn (R-TN) warned her colleagues that she would be helping to release the names of those lawmakers who used the controversial "hush fund."

Others are working to combat a culture of sexual misconduct by mandating staff undergo anti-harassment training.

There are reportedly dozens more claims of sexual misconduct in Congress to be revealed via CNN and The Washington Post.