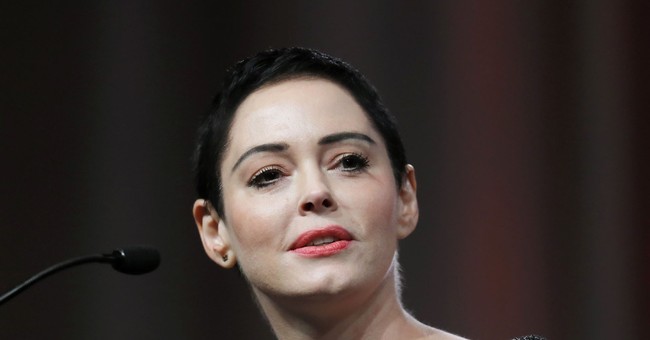 President Trump was this year's runner up in the TIME Magazine Person of the Year search. He claimed in a tweet last week that the editors called him wanting to give him the honor, but he said no thanks after they demanded a photoshoot and interview.

TIME offered the big reveal to the TODAY show Wednesday, telling the anchors that Trump's tweet was incorrect. Still, the president earned the second place position because he changed politics and is on the verge of his first major legislative achievement.

The main recognition, however, went to The Silence Breakers - the female forces behind the #MeToo movement. Tarana Burke, Megyn Kelly, and actresses Ashley Judd, Alyssa Milano and Rose McGowan were just some of the women TIME interviewed for the top title. All had a hand in empowering women to speak out about sexual abuse in their respective industries, the editors said.

Rose McGowan and Ashley Judd, two of the first Hollywood actresses to speak out against producer Harvey Weinstein, said for too long "there wasn't a place" for them to report their experiences. Indeed, many feared that speaking out would jeopardize their careers.

"Why not fight back" now, McGowan said.

Her friend and fellow actress Alyssa Milano said she was "inspired" to follow McGowan's lead. She's now fighting for companies to hire more women and enforce codes of conduct.

"Women are starting to believe we don't have to live like this," she said.

Tarana Burke, founder of the #MeToo movement, says she was surprised by the vast support it's received. She started the campaign, she shared, just to raise awareness in her local community. As we now know, the news spread quickly.

Trump, it turns out, was mentioned among the winners after all. He was supposedly one of the precipitating factors of the #MeToo movement.

That Donald Trump could express himself that way and still be elected President is part of what stoked the rage that fueled the Women's March the day after his Inauguration. It's why women seized on that crude word as the emblem of the protest that dwarfed Trump's Inauguration crowd size. "All social movements have highly visible precipitating factors," says Aldon Morris, a professor of sociology at Northwestern University. "In this case, you had Harvey Weinstein, and before that you had Trump."