Did Cory Booker Suddenly Change His Mind on the Corporate Tax Rate? 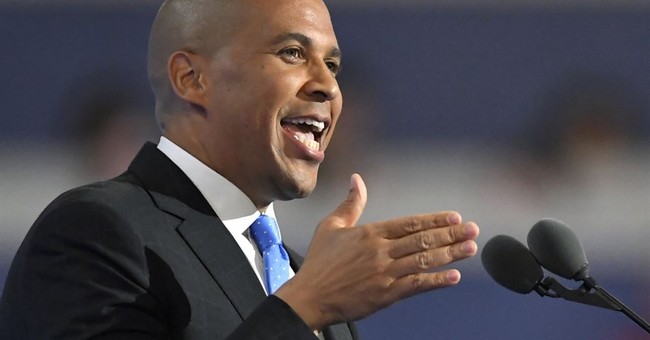 New Jersey Sen. Cory Booker used to think lowering the corporate tax rate was a positive step for U.S. business. That is, until it became a major component of the Republican tax reform plan.

The GOP plan will lower the corporate tax rate from 35 percent to 20 percent. It is a "massive giveaway to the wealthiest of people in our country and corporations," Booker argued on the Senate floor last week.

"This is insanity," he said. "This is folly. This is fiction being foisted upon the American people. Too many employers are failing to hold up their end of the bargain when this comes to fair wages, safe workplaces, workforce investments. And now Republicans in Congress want to reward them with $1 trillion and more. This is bad policy. This is unfair.

The Republican National Committee found several instances over the past few years when Booker reached out to Republicans to try and bring down the 35 percent corporate tax rate because it was stymieing competition. When he was first sworn in in January 2015, he said it was his first priority.

"Booker said the most important goal is to find ways to grow the economy and help lower- and middle-class Americans. Lowering the corporate tax rate from its current 35 percent by eliminating deductions targeted to specific industries would help spur investment, he said. So would a lower tax rate to encourage companies to bring back earnings from overseas."

Likewise, when he was campaigning in 2014, Booker said he wanted to "overhaul" the corporate tax structure because the current rate hurts U.S. competitiveness, The Philadelphia Inquirer reported at the time.

Now, because it seems that it's not politically expedient for the Democrat, he is distancing himself from the policy.