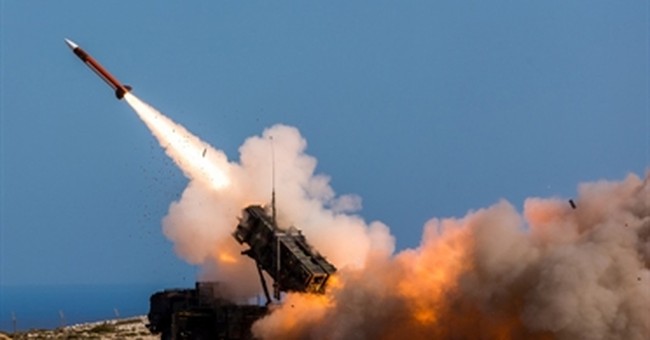 UPDATE: South Korea has fired back with a "precision strike" rocket response.

UPDATE: The Pentagon has confirmed that the missile was an ICBM, Fox News is reporting. It was airborne for about 50 minutes and landed in Japan waters.

North Korea has launched a missile, according to South Korean media.

Fox News anchor Jennifer Griffin said senior U.S. defense officials have confirmed it was a ballistic missile - the first fired since the middle of September.

North Korea may announce completion of its nuclear program within the next year, Fox reports.

UPDATE: South Korea military official tells NBC News: "We confirm that we have detected a North Korean ballistic missile launch. The missile is still traveling towards the direction to the East Sea (Sea of Japan), as we are monitoring right now."

Trump's rhetoric toward North Korea has been increasingly aggressive since he took office. At the UN General Assembly in September, Trump warned Kim Jong Un to abandon his "suicide mission."

"The United States has great strength and patience, but if it is forced to defend itself or its allies, we will have no choice but to totally destroy North Korea," Trump said at the time. "Rocket man is on a suicide mission for himself and for his regime. The United States is ready, willing and able, but hopefully this will not be necessary."