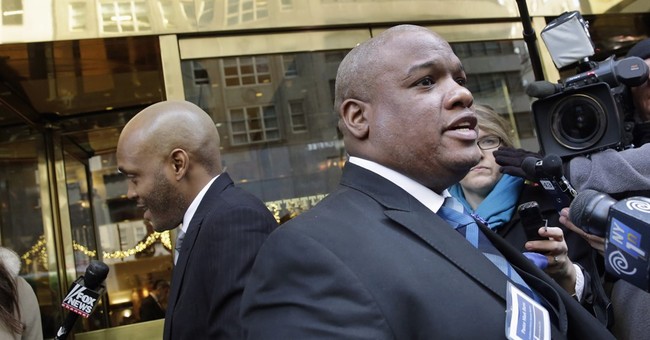 MSNBC host Stephanie Ruhle has been one of the most visibly upset cable news anchors these last couple weeks over new sexual abuse accusations against top U.S. politicians. Most recently, Sen. Al Franken (D-MN) was accused of having forcibly kissed and groped model/radio host  Leeann Tweeden, who was traveling with him on a USO tour. There were pictures. Some of his fellow Minnesota Democrats are starting to call for him to resign.

The allegations against Alabama Senate candidate Roy Moore have seem to be especially unnerving for Ruhle. Her emotions came to a boiling point when she brought Pastor Mark Burns on her show Thursday to question why he was still supporting the scandal plagued Republican.

"Nine women have come out with accusations" against Moore, Ruhle reminded her guest. "What number is it for you that you would start to change your view and say there's truth here?"

Burns stuck by Moore, noting that we should be wary of the flurry of accusations. After all, Ruhle could be next.

Pastor Mark Burns: Today it's Judge Moore. Tomorrow it could be you.

.@SRuhle: It can't be me tomorrow because when I was in my 30s, I didn't get banned from a mall. I wasn't calling girls out of class [or] dating girls under 18 so no, it is not possible for it to ever be me. pic.twitter.com/OQLZ975ESI

“Today it’s Judge Moore, tomorrow it could be you,” Burns said by way of defense.

“Sir, it can't be me tomorrow, because when I was in my 30s, I didn't get banned from a mall,” Ruhle responded. “I wasn't calling girls in high school out of trigonometry class and I wasn’t dating girls under the age of 18, so no, sir, it is not possible for it to ever be me.”

Moore denies the allegations and says he's staying right where he is in the special election race. Yet, top Republicans continue to leave his side, with Senate Majority Leader Mitch McConnell imploring him to step down.

The full interview with Ruhle and Burns is below.