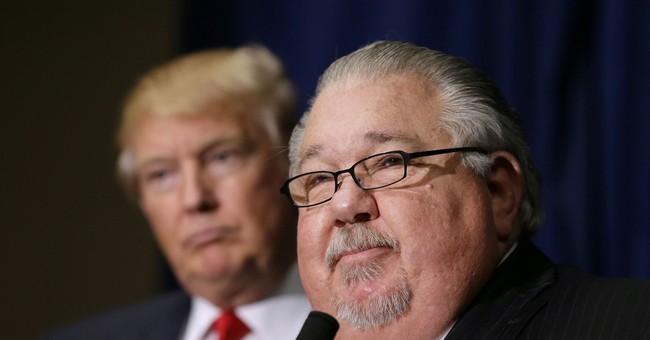 Another shoe has dropped in special counsel Robert Mueller's investigation into Russia's influence on the 2016 presidential election. Sam Clovis, President Trump's nominee for an undersecretary post for the U.S. Department of Agriculture, has withdrawn his name for consideration.

The political climate, he wrote, has made it "impossible" for him to serve.

Clovis, recent reports suggested, knew that former Trump foreign policy advisor George Papadopoulos had been in contact with Russian officials during the campaign. The latter pleaded guilty to having lied to the FBI about those communications. Trump has dismissed Papadopoulos as "low-level volunteer" who had little influence on the campaign.

Clovis was also dealing with another scandal, having admitted to Democratic Sen. Debbie Stabenow (MI) last month that he did not have a background in science.

Earlier this week, indictments were served for former Trump campaign chairman Paul Manafort and his business associate Rick Gates in the Russia probe. They are charged with 12 counts of money laundering and conspiracy against the U.S. The Trump campaign was not named in the indictments.