Report: More Justice Has Been Served in Benghazi 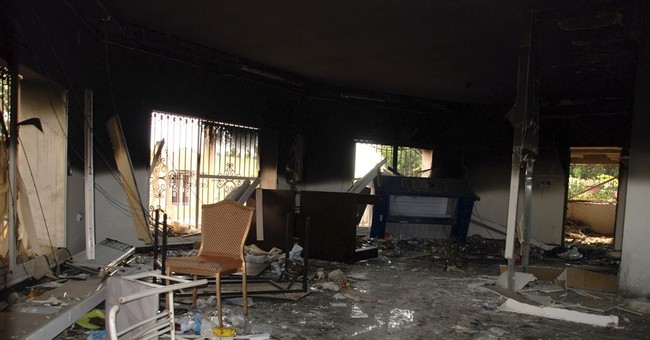 Russia has dominated the headlines today, but other significant news is arriving out of Libya. Special operations forces have reportedly captured one of the militants who planned the attack on the U.S. diplomatic compound in Benghazi 2012.

BREAKING: US officials: Special operations forces have captured militant who was instrumental in Benghazi attack, US envoy's death.

The capture mission, which was approved by President Trump and the Libyan government, occurred Sunday, Oct. 29 in Libya. The president issued the following statement corroborating the report.

The attack became a political lightning rod just weeks before the presidential election. At first, the Obama administration claimed the attack was the spontaneous result of an offensive YouTube video about Muslims. It wasn't long before we learned that the raid was meticulously planned from the start. As a result of the misleading narrative, Secretary of State Hillary Clinton was subject to hours of questioning before the House Select Committee on Benghazi in 2015. As for UN Ambassador Susan Rice, her part in regurgitating the talking points about the YouTube video resulted in her having to resign from consideration as President Obama's next secretary of state.

Troops are transporting the newly captured militant to the U.S.