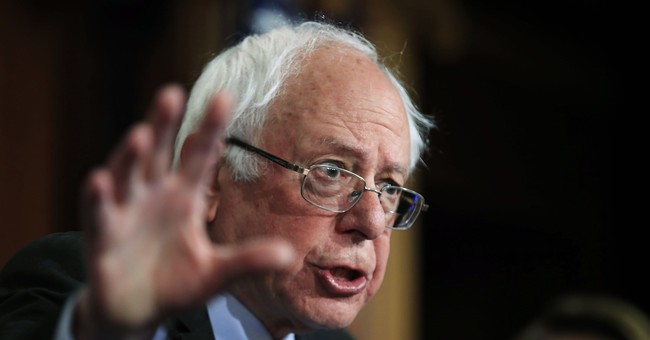 The Women's March is holding its first National Women's Convention in four decades. So, who did they get to headline opening night? Sen. Bernie Sanders (I-VT) - you know, the male.

Not only is Sanders not a woman, but he tried to ruin the chances of the first ever female presidential candidate from a major party. He didn't succeed, but he did hamper her momentum.

Some famous feminists were not amused he is now getting the spotlight.

126 million women in America and you couldn't find one to open a feminist convention? Wow I guess we really need feminism. https://t.co/H1CpiHAdBb

"I think that right now, no one can deny that Bernie Sanders is probably one of the most powerful U.S. senators ... on progressive issues, women’s issues, mobilizing millennials. He is really in line with the principles of the Women's March," Mallory said in an exclusive interview Wednesday night.

Sanders doesn't seem to mind the noise. He's just excited for the opportunity to stand in solidarity with women.

“I’m honored to join the women at the front lines of our struggle for economic, social, racial and environmental justice.  In January, millions of women came out in an extraordinary and unprecedented display of power and resistance," Sanders said in reference to the Women's March on Washington and sister protests in cities around the world on the first day of President Trump's administration. "Now more than ever, we must support the leadership of women across the country and fight together to advance our progressive agenda."

The Women's March gained notoriety in January when thousands of women descended on Washington, D.C. to protest Donald Trump's inauguration.

The Women's Convention will begin Oct. 27 in Detroit and will last three days.