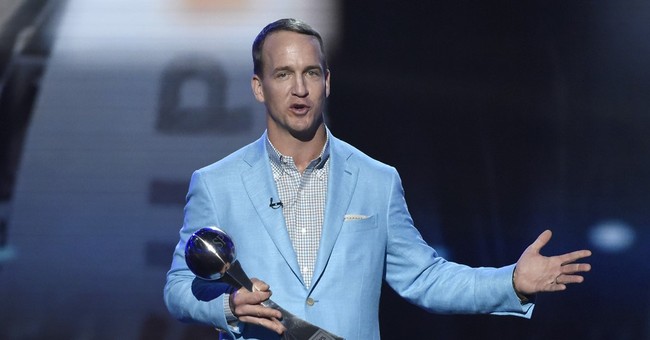 The NFL may not be the most popular franchise at the moment, but fans still adore Peyton Manning so much they are lobbying him to run for Senate. When Sen. Bob Corker (R-TN) announced he is retiring, fingers immediately pointed to the former Denver Broncos quarterback. Corker himself fueled the Manning rumors, telling reporters he hopes the two-time Superbowl champ could be "enticed" to run.

Back in March, Manning said that politics was the last thing on his mind.

"I don't know where that came from," Manning told reporters in March. "Last week I was going to run a team, this week I'm going to apparently run for Senate, and next week I'll be an astronaut. … I have no interest in the political world, but would like to continue serving communities."

“I certainly have an interest in politics and in our country,” Manning told WGFX-FM Wednesday. “I just have zero interest in being a politician.”

Corker also admitted that Manning texted him after his retirement announcement to not "fan the flames" about a potential campaign.

Manning has not been completely shy of politics, however. He donated to Jeb Bush's presidential campaign last year and addressed a Republican congressional retreat in January where spoke about the need for teamwork leadership.

For now, though, he seems preoccupied with those Nationwide commercials.

Other, more likely, contenders for Corker's open seat include Gov. Bill Haslam (R-TN) and Rep. Marsha Blackburn (R-TN). Both are expected to make their decisions in the next several days.