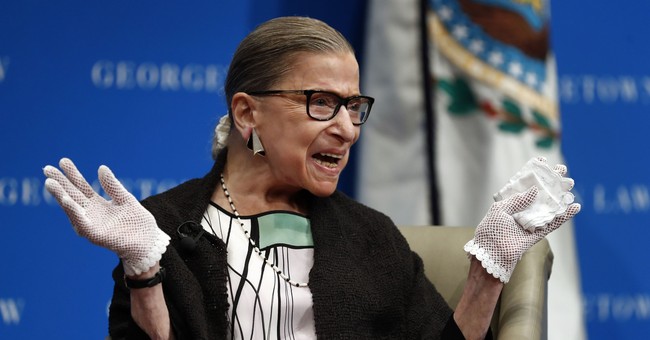 One of the common themes on Hillary Clinton's blame list for losing the 2016 election is the sexist nature of the American electorate. In several interviews since her defeat, the Democrat has stated it as fact.

She wrote in her book "What Happened" and confirmed with CNN's Anderson Cooper that she offers no absolution for voters who stayed home. She told MSNBC's Joy Reid that women who did not vote for her are "publicly disrespecting themselves."

"They don't really know what their own arguments are and number two they are opening that door even wider for sexism and misogyny to be used against them and people they love," she explained.

Most recently, Clinton said husbands and other male figures pressured women to vote for her male opponent.

As if women weren't being punished enough, former First Lady Michelle Obama also scolded any female who voted for Trump.

"Any women who voted against Hillary Clinton voted against their own voice," she claimed at a marketing conference in Boston on Wednesday.

"I have no doubt" that sexism played a role in the election, Ginsburg told PBS's Charlie Rose this week. "That was a major factor."

Despite her better judgment, Ginsburg let us know what she thought about Donald Trump well before voters went to the polls. She referred to the then-candidate as a "faker" as shuddered at the thought of him becoming president.

Clinton, Obama, and Ginsburg are smart ladies. Surely they don't believe that 42 percent of female voters chose Trump over Clinton because of marital or societal pressure, nor that a majority of men voted for Trump because he's a man. For many, policy is what mattered.

"The more women out there doing things … women come in all sizes and shapes," Ginsburg noted. "To see the entrance of women into places where they were not there before is a hopeful sign."