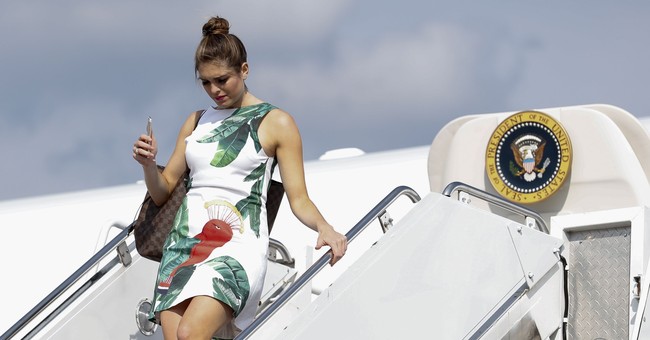 The last person to hold that title, Anthony Scaramucci, infamously stayed on the job for only 10 days. As long as Hicks doesn't give any "off the record" interviews with The New Yorker, she should have some better job security.

Hicks has been a constant presence with President Trump since he announced his campaign in June 2015. Before accepting the role of communications director, Hicks was Trump's director of strategic communications.

Hicks's promotion is being well received by White House staff, who appreciate her loyalty, according to reporters.

Hope Hicks is viewed by WH staff as a strong leader because she's one of Trump's most trusted aides -- and therefore secure in her standing. https://t.co/iVsovTva6H

At 28, Hicks is the youngest person to ever hold the title of communications director. She first met Trump while working for Hiltzik Strategies, a New York public relations firm, after which she worked for the Trump Organization.