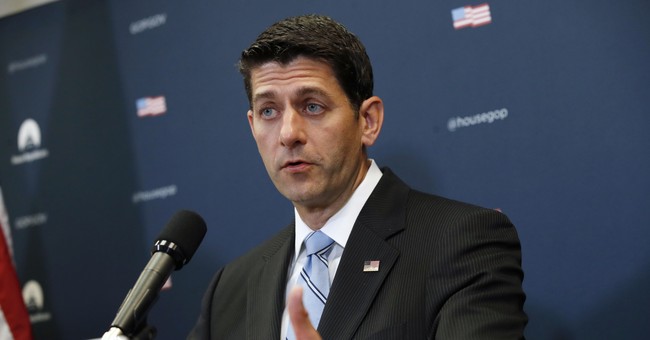 .@POTUS just signed H.R. 601 providing much needed support for storm survivors. Our thoughts and prayers are with all impacted.

It stoked some controversy, but the $15.25 billion Harvey relief package has passed the House by a vote of 316-90. It is a good start, but Texas Gov. Greg Abbott noted that the state will need nearer to $200 billion to see anything close to a full recovery.

The relief package was tied to a debate on the debt ceiling. All the "no" votes came from Republicans, who balked at the idea of a three-month hike of the debt ceiling. They were surprised that President Trump seemingly went behind their back and reached out to Democratic leadership to make it happen. "Confounded" even. They wanted an 18-month increase.

Trump pushed back at the GOP criticism on Twitter, reminding them that they are not exactly the picture of trust these days, considering they broke their 7-year promise to repeal Obamacare.

Republicans, sorry, but I've been hearing about Repeal & Replace for 7 years, didn't happen! Even worse, the Senate Filibuster Rule will....

...never allow the Republicans to pass even great legislation. 8 Dems control - will rarely get 60 (vs. 51) votes. It is a Repub Death Wish!

The relief bill will undoubtedly help those affected by the storms in Texas. Yet, right on the heels of Harvey is Hurricane Irma, which is quickly approaching Florida. Gov. Rick Scott has warned citizens to evacuate as quickly as possible.

These hurricanes are devastating. Yet, they have provided beautiful pictures of people helping their fellow man. If you are feeling generous and would like to help Harvey victims, consider one of these charities.