Yikes: Leading Alabama Senate Candidate Did Not Know What DACA Is 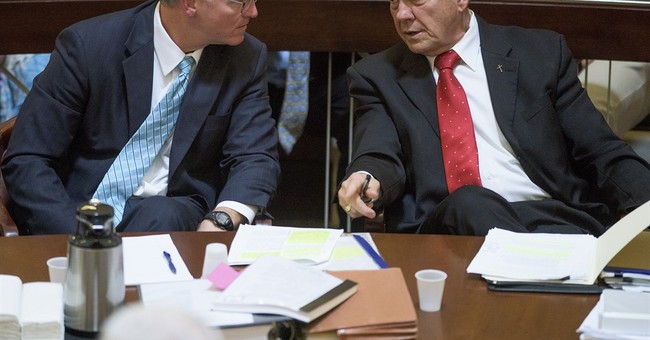 A radio interview that Judge Roy Moore did in July is coming back to haunt him. Moore, a leading candidate in the Alabama Senate primary, was asked his opinion on President Trump's impending decision on whether to uphold the Deferred Action for Childhood Arrival program, which would protect certain illegal immigrants who came to the U.S. as minors from immediate deportation.

JACKSON: "Yes, sir, the DACA/DAPA. You're not aware of what Dreamers are?"

JACKSON: "This is a big issue in the immigration debate …"

JACKSON: "I'm in the process of doing that Judge Moore."

Moore's confusion was reminiscent of Gary Johnson's "What is Aleppo?" moment during the 2016 presidential campaign. The Libertarian Party nominee made the gaffe during an interview on MSNBC, explaining that he thought Mike Barnicle was referring to an acronym or something and not the embattled city in Syria.

Right now, Moore has a big lead over incumbent Sen. Luther Strange (18 points), but will his radio gaffe prove to be destructive to his campaign? With DACA becoming such a huge issue leading up to the Sept. 26 Republican runoff in the Alabama senate race, it would be wise for Moore to brush up on it.

Trump told the press he will announce his decision on the controversial program sometime this weekend.