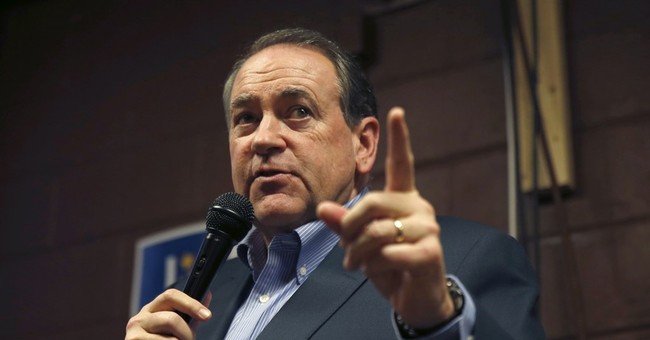 When word got out that Sen. Jeff Flake (R-AZ) had written a "secret book" about what has gone wrong with the Republican Party, we got a more detailed glimpse at what the senator thinks about President Trump. While Trump is not wholly to blame for the GOP's current state of chaos (at least in terms of key legislation like health care), Flake did point to the president as an explanation for the party's supposed loss of integrity.

"I'm very troubled about where the Republican Party is now," he said about his book, Conscience of a Conservative: A Rejection of Destructive Politics and a Return to Principle. "It seems that we've been compromised, but this time by different forces — those of populism and protectionism, isolationism, xenophobia and I'm concerned about how we remain a governing party with those principles."

Trump advocates are not happy.

Former Gov. Mike Huckabee, whose daughter serves as the White House's press secretary, rejected the idea that it was Trump who is out of touch with conservatism.

"You've got globalists like Jeff Flake who are in disarray with real conservatives," the governor said on Fox News Tuesday.

"Conservatives want America to be strong," he continued. "They're not interested in being globalists."

Huckabee agreed with Flake that conservatives want free trade, but it has to be "fair" trade, preventing nations like China from taking advantage of us. He went on to say it's more than the economy, slamming so called conservatives who refused to vote for the "pro-life" bill to repeal and replace Obamacare.

Safe to say the governor won't be picking up a copy for Flake's book.