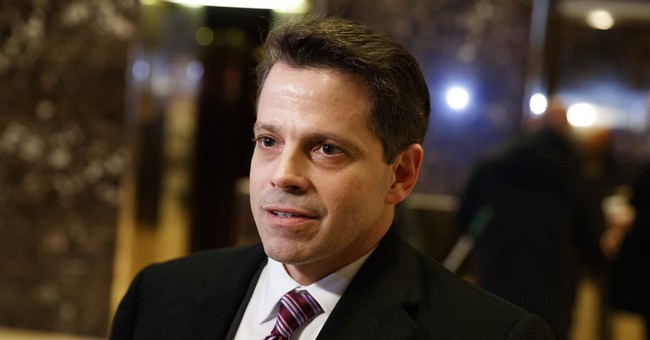 UPDATE: It's confirmed. Trump has asked Scaramucci to join the team.

.@ABC has confirmed - Trump has offered Anthony Scaramucci to be the next White House Communications Director and he has accepted.

We may soon have a new White House communications director. Reports suggest that President Trump has his eyes on Wall Street financier Anthony Scaramucci, who currently works at Export-Import Bank and heavily donated to Trump's presidential campaign last year.

The Scaramucci announcement has also exposed more palace intrigue, as Reince Priebus apparently had no clue about the new potential hire and Trump has also reportedly been dismayed at Spicer's performance, according to Axios.

On "Fox & Friends" Friday morning, White House Counsel Kellyanne Conway noted they have a great comms team already that works very hard against a "hostile and skeptical press." Yet, Scaramucci, is a friend and has been an "incredible asset" to Trump and the president may want to reward him for that.

"He's been one of the killers on TV," Conway said. "He goes out there, thinks the president is being treated very unfairly."

Scaramucci, Conway predicted, could help cut through the noise and get the administration's economic message out there.

.@KellyannePolls weighs in on reports that Anthony Scaramucci could become the White House Communications Director pic.twitter.com/35vXftZOId