Trump Jr. to BBC After Terror Attack in Israel: 'WTF?' 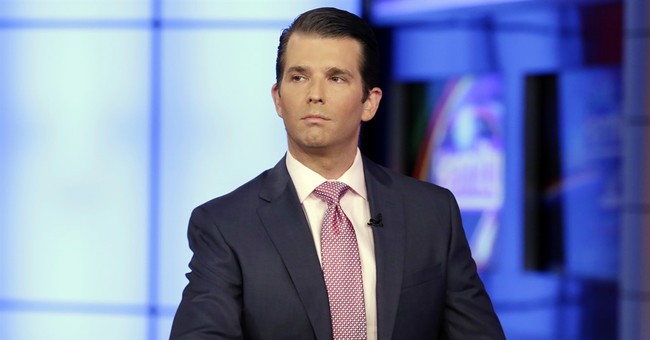 A few weeks ago, Donald Trump, Jr. called out the BBC for publishing misleading headlines about attacks against Israelis. The tweet read, “Three Palestinians killed after deadly stabbing in Jerusalem," omitting the fact that they were killed only after stabbing a female Israeli police officer to death.

"This is as close to being misleading as possible," Trump, Jr. responded.

The outlet apparently did not learn its editorial lesson. On Friday, Trump, Jr. noticed the editors at the BBC again left out some key details about an attack in the holy city of Jerusalem, which left two policemen dead.

The BBC referred to it as a "gun attack."

Um, @BBCWorld is it time for a reminder that we discussed your anti #Israeli #bias a few weeks ago? 2 cops killed & this is your lead? WTF? https://t.co/uIcHOqDgI7

Other social media users noticed, and provided their own account of what transpired.

'Injured in gun attack?' NO.

The BBC did provide, however, more information on the victims.

The last time Trump, Jr. called out the BBC's anti-Israel bias, they deleted their tweet.

In addition to taking on the BBC, Trump, Jr. is currently trying to fight off a media firestorm after reports revealed he met with a Russian lawyer last year after learning she may have opposition research on Hillary Clinton. Some lawmakers are calling for him to testify before the Senate Intelligence Committee.