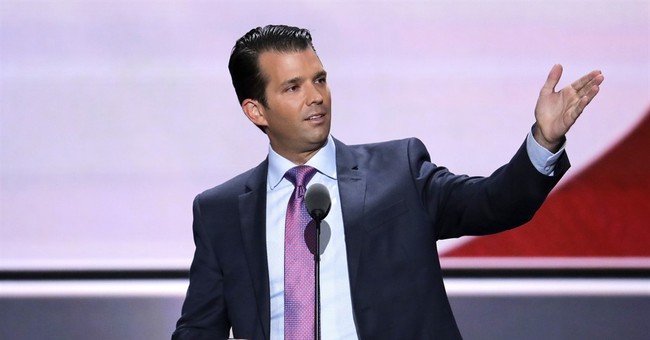 Over the weekend, three Palestinian terrorists launched an attack near the Damascus Gate. One female IDF agent was stabbed to death and four others were injured before troops shot and killed the attackers. You wouldn’t have gleaned all of that pertinent information from the BBC’s Twitter account, however. In its lackluster tweet about the attack, the news outlet provided the following information, “Three Palestinians killed after deadly stabbing in Jerusalem.”

Donald Trump, Jr. called the BBC out for ignoring some key details from the (now deleted) tweet.

You mean after they stabbed a female Israeli police officer to death... right? This is as close to being misleading as possible. https://t.co/EWZPHiRemU

On Twitter, Prime Minister Benjamin Netanyahu thanked Trump for “standing for Israel and the truth.”

He called on Israel’s Ministry of Foreign Affairs to censure the BBC.

Additionally, the Israeli embassy in London reportedly filed a complaint with the BBC “for the false reports about the attack in Jerusalem and their refusal to use the words terror when it comes to attacks on Israeli citizens.”

The BBC has since issued the following apologetic statement.

“We accept that our original headline did not appropriately reflect the nature of the events and subsequently changed it. Whilst there was no intention to mislead our audiences, we regret any offense caused."