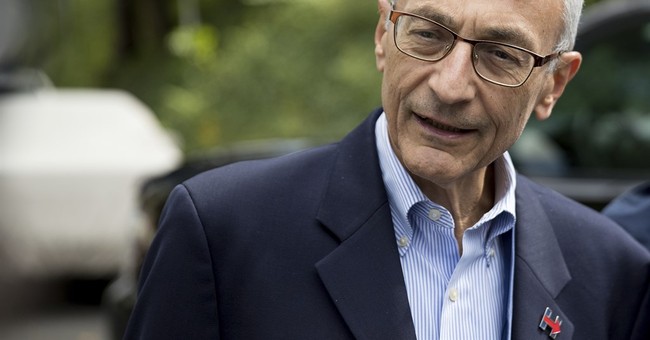 President Trump shared a juicy piece of gossip from the G-20 summit in Hamburg, Germany Friday. On his Twitter page, the president reported that his fellow world leaders were chatting about the Democratic National Committee's refusal to cooperate with authorities during last year's presidential election.

Reports revealed that the DNC dismissed the FBI's efforts to investigate their email servers to determine how Russia managed to hack into the committee's email accounts. Apparently it was none of their business.

Former Hillary Clinton Campaign Chairman John Podesta was on a road trip when he saw Trump's tweets. In a series of responses, Podesta basically told the president to focus on more pressing matters, while reminding him he was not in charge of the DNC.

1/ On a x-country road trip with my wife;

2/ Pulled in for a pit stop in E. Fairmont W. Va. to see that our whack job POTUS @realDonaldTrump is tweeting about me at the G20.

3/ Get a grip man, the Russians committed a crime when they stole my emails to help get you elected President.

Trump met with Russian President Vladimir Putin for the first time Friday. News outlets everywhere have been eager to present the footage of their awaited handshake.

As Trump sits down with leaders of the world's top economies, Podesta had more friendly advice: "Dude, get your head in the game."