Trump Lists His Demands for the Castro Regime 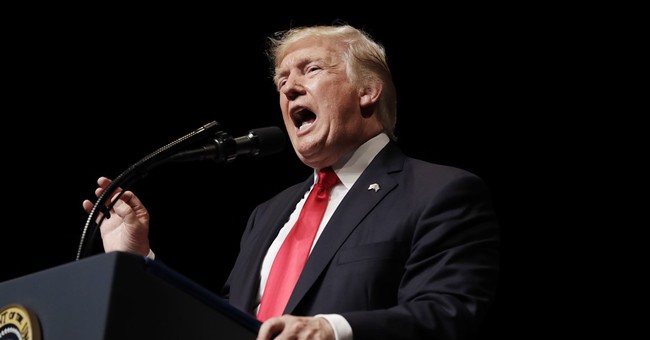 Rubio heaped praise on the president for showing compassion toward the Cuban people, who continue to struggle under the dictatorial leadership of Raul Castro. In multiple conversations the two had since the election, Rubio shared that Trump asked him constantly, “What are we going to do about Cuba?”

Well, the president was on hand to explain just some of the ways he intends to empower the people of Cuba, starting by canceling many of the provisions in the Obama administration’s “one-sided” deal with the Castro regime.

“The Cuban American community has so much love,” Trump said, returning the warm welcome he received when he walked onstage. “I saw that immediately.”

He commended the community for building a vibrant culture in Miami, noting it is “a testament to what a free Cuba can be.”

“With God’s help, a free Cuba is what we will soon achieve,” he added.

President Trump proceeded to do what his predecessor failed to so many times – expose communism for the failure it is.

"Now that I am president we will expose the crimes of the Castro regime," he promised.

The president listed several demands his administration will be making of Castro. For instance, Trump informed the dictator that they will not be lifting sanctions on Cuba until all political prisoners are free, all parties are legalized, and free elections are scheduled. He also plans to restrict U.S. dollars going to a military that is the cause of the Castro regime, enforce the ban on tourism and embargo. He also demanded that investments “flow directly to the people so they can open private businesses.”

He wasn’t finished. The president demanded that Castro stop harboring fugitives and criminals like Joanne Chesimard, who escaped from prison in 1979 and has been hiding in Cuba ever since gaining political asylum in 1984.

Trump finished his remarks, and went to a nearby table to sign the new contract.

“America will expose the crimes of the Castro regime and stand with the Cuban people in their struggle for freedom,” he said.

This is a good time for a Flashback Friday.