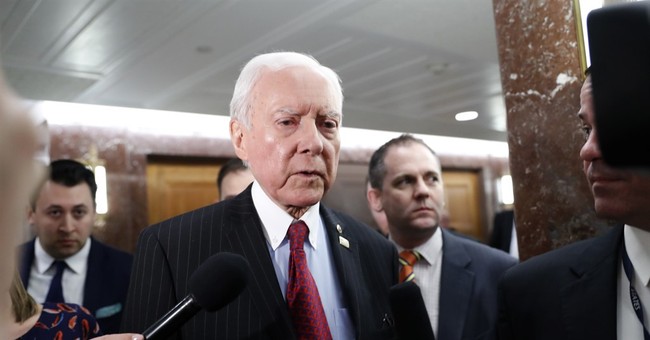 Senate Republicans have their fair share of critics who are frustrated that they are considering the bill behind closed doors. The House version, some angry voters and lawmakers noted, was only made public days before the vote, and before it was scored by the Congressional Budget Office. House Speaker Paul Ryan pushed back, noting that the 200-page bill was online a couple of months before the vote and that any American could have read it.

Democrats are accusing the Senate of engaging in the same secretive process. Sen. Claire McCaskill (MO) even insisted she and her colleagues have "no idea" what's being proposed.

The process appeared to become even more suspicious when reporters were supposedly barred from filming interviews with senators outside of the health care meetings on Capitol Hill.

The need for transparency is a justified concern. Yet, while some lawmakers are worrying that the public may not have enough time to consider the American Health Care Act before the Senate votes on it, Sen. Orrin Hatch (R-UT) has other, more fundamental things on his mind. Will the bill even have the votes?

Senate Finance Committee Chair Orrin Hatch (R-UT) was asked Monday how much time the public deserved to see the bill before a vote and whether a few days would suffice.
“Well I think we’re not worried so much about that as we are getting it together so we can get a majority to vote for it,” Hatch said.

He doesn’t sound all that confident. You can’t blame him, though, considering how the repeal and replace effort fared in the House. The initial bill drafted by the House Republican leadership was too Obamacare familiar for many conservatives, so it failed to even be taken up for a vote. The second effort did pass, but not until last minute amendments were made.