Tillerson: American Student Sentenced to Hard Labor in North Korea Has Been Released 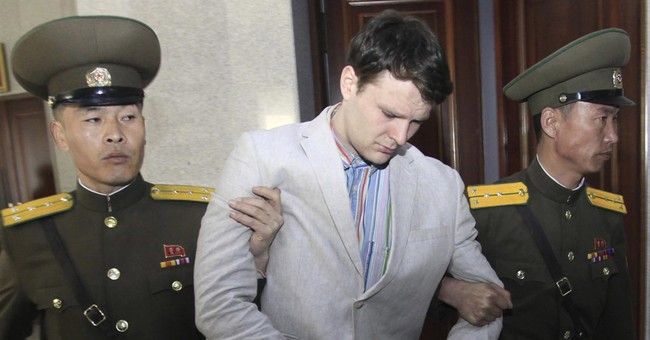 Jailed American student Otto Warmbier has been released from North Korea, according to Secretary of State Rex Tillerson.

With the State Department's announcement, Warmbier will have escaped 15 more years of imprisonment and hard labor. The University of Virginia student was taken prisoner by North Korean authorities last year for supposedly engaging in anti-state acts. His crime? Attempting to remove a propaganda sign from his hotel.

Three other Americans are still being detained in North Korea. On Monday night it was revealed that NBA Hall of Famer Dennis Rodman is making his second trip to the country.

At a hearing on Capitol Hill Tuesday, Tillerson told the Senate Foreign Relations Committee that Warmbier "is on his way en route home to be reunited with his family."