Trump Speaks on Behalf of Jailed U.S. Pastor With Erdogan 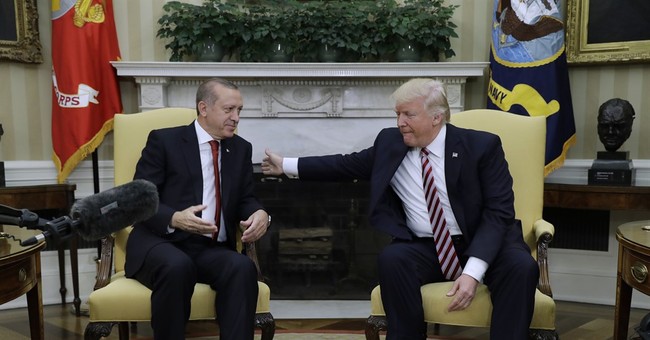 When President Trump met with Turkish President Recep Tayyip Erdogan this week, he made sure to bring up the plight of Pastor Andrew Brunson, who is currently being detained in Turkey. Brunson, who served as a pastor at the Izmir Resurrection Church, was arrested in October because officials claimed he was a "national security risk." Yet, reports suggest that the Christian posed a threat to Erdogan's government.

The American Center for Law and Justice is campaigning for Brunson's release. ACLJ Chief Counsel Jay Sekulow shared Wednesday that he got a call from Vice President Mike Pence confirming that the president had mentioned Brunson's imprisonment at least three times during his discussion with Erdogan at the White House.

Pastor Brunson, who has lived in Turkey for 23 years and served as pastor of the Izmir Resurrection Church during that time, has been detained on vague "national security" charges since last October. Information about his case and the charges have been less than forthcoming from Turkey's government, and advocates in the U.S. and elsewhere are concerned that he is being held as a pawn on baseless charges in a violation of his religious freedom. We look forward to his release.

A week before Trump advocated for Brunson during his meeting with Erdogan, Vice President Pence spoke on behalf of the faithful at the first ever World Summit in Defense of Persecuted Christians in Washington, D.C.