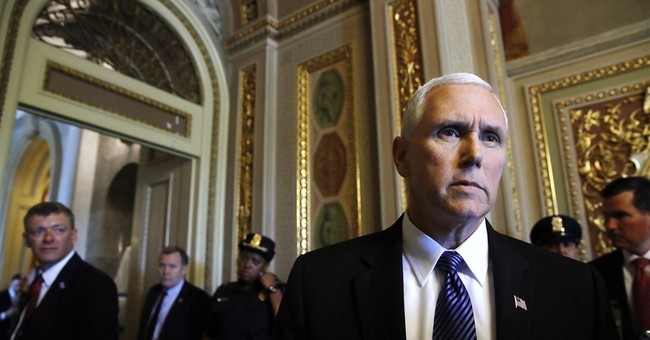 Washington, D.C. - Vice President Mike Pence addressed the first ever World Summit in Defense of Persecuted Christians Thursday at the Mayflower Hotel in the nation’s capital. He may have been the special guest, but he let Rev. Franklin Graham have the first standing ovation for hosting the historic summit.

Pence’s presence at the conference was a “testament to President Trump’s tangible commitment to America’s role as a beacon of light and liberty to inspire the world,” he told the crowd.

The world needs that light more than ever.

“Across the world the Christian faith is under siege,” Pence somberly noted.

Over 215 million Christians confront intimidation, abuse and assault worldwide, simply for following the gospel. That persecution is perhaps most visible in the Middle East. Monasteries are being demolished in Iraq, where followers of Christ have declined 80 percent in the last decade and a half. Ancient communities are being burned to the ground in Syria. Women and children are being sold into slavery.

Thankfully, though, Pence said the world can depend on a White House administration that knows and calls the threat by name.

“President Trump sees these crimes for what they are,” Pence assured the summit. “And he know those who perpetrate these crimes. He calls them by name – radical Islamic terrorists.”

“I believe ISIS is guilty of nothing short of genocide against people of Christian faith and it is time people called it by name,” he said.

The administration “will not rest” until they hunt down ISIS and destroy it at its source, he promised, but he asked Christians to “persevere in prayer” for those who wear the uniform.

Christians can not only depend on the president’s will to defeat ISIS, but they can depend on his commitment to protect religious freedom, as well as his prayers.

“You have the prayers of our president and all the American people,” he assured the faithful attendees.

Pence saved one more standing ovation for those courageous believers who continue to stand for their faith.

Last note: The conference was a bit behind schedule, but that didn't bother attendees. The crowd broke out in spontaneous worship, accompanied by Michael W. Smith on the piano, as they waited for the vice president to arrive.