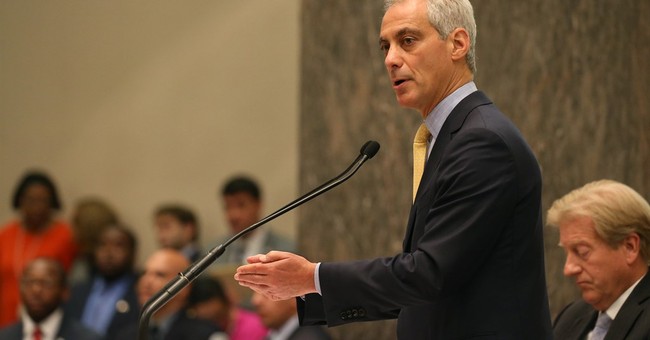 The Democratic Party has struggled in terms of messaging lately. The DNC "unity tour" has been super divisive, with top leaders disagreeing on whether pro-lifers are welcome in the party. As for the 2016 elections, well, they could not have gone worse.

Chicago Mayor Rahm Emanuel suggested that the Democrats' struggles are not the result of their values, but their failure to express them. During a radio interview with Politico's Edward-Isaac Dovere Monday, he said the party is dangerously ignoring the middle class.

"We don’t talk about and fight for the middle class like we are," the famously expressive Chicago mayor said. "We believe we’re for them, but they don’t—if they don’t hear we’re for them, then we got a problem. It’s not just for the string of policies. It’s also a set of values that respect who they are in their lives."

"We come off and can come off as a party disdainful of them," he told me.

Emanuel and other Democrats are able to pinpoint the problem, but they've struggled in the next step: a change in leadership. They continue to re-elect Nancy Pelosi as their House Minority Leader, ensuring that the party will continue its losing strategy of catering to the liberal elite.

It is this strategy that has launched the Democratic Party into "oblivion," according to Pelosi's challenger, Rep. Tim Ryan (OH).