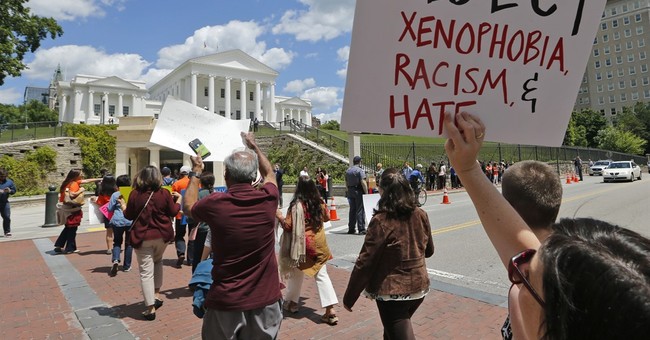 The Fourth Circuit court heard arguments for President Trump’s revised travel order Monday, which temporarily bans visitors from six Middle Eastern and African nations. Of particular concern for some of the justices was Trump’s rhetoric about Muslims. Why, Judge Robert King wondered, was the president’s controversial remarks about Muslims still posted on his website?

King added that several of Trump’s comments against Muslims were still on his campaign website when the U.S. District Court for the District of Maryland issued its injunction against the ban.

“He’s never repudiated what he said about the Muslim ban,” King said of Trump.

Conservative Judge Paul Niemeyer pushed back at these assumptions. At one point, he challenged American Civil Liberties Union attorney Omar Jadwat, who believed the travel order was drafted with an intent to discriminate against Muslims, arguing that the countries listed on the ban pose no credible security risk. Niemeyer sensed a partisan bias, however.

“If some other candidate had won the election and issued this order, I gather you would have no problem with that,” he predicted.

Acting Solicitor General Jeffrey Wall defended Trump’s travel ban during the hearing, insisting his statements as a presidential candidate should not cloud the current order.

Trump "made it clear he was not talking about Muslims all over the world, that's why it's not a Muslim ban," Wall said.

The travel order also got some attention at the Sally Yates hearing Monday. Yates, the former acting attorney general, explained to a Senate Judiciary subcommittee that she could not enforce the president's travel ban because she believed it was unconstitutional. That remark engendered a fiery exchange between her and Sen. John Kennedy (R-LA), who sarcastically wondered out loud who made her a Supreme Court justice.

The Trump administration needs to claim victory in the Virginia and Seattle appeals courts in order to put the travel ban into effect.