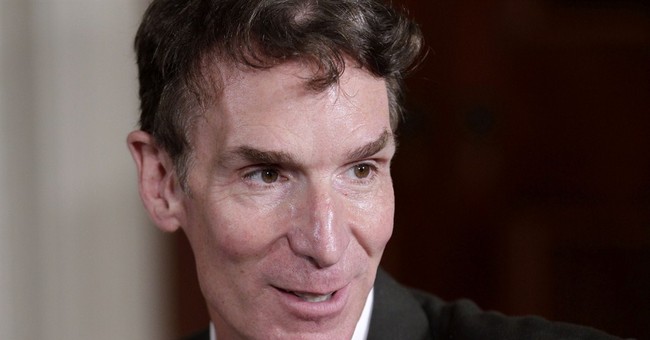 Bill Nye the Science Guy has a politically correct view on gender in his new Netflix series "Bill Nye Changes the World." On the program, the "scientist" claims that one's gender is determined via self-identification. In other words, birth certificates shouldn't matter.

His point of view on gender has seemingly evolved since 1996. In an old episode of his popular children's show, a young woman explains that sex is determined by one's chromosomes. There are only two options: a boy or a girl.

"[Chromosomes] control whether we become a boy or a girl." pic.twitter.com/oK2xPbRiKx

Sex was settled science, according to Nye.

You wouldn't know Nye once made this explanation if you've been watching his new show on Netflix, as the streaming service appeared to edit out the inconvenient scene that doesn't mesh with his social agenda.

No explanation from Netflix as of yet.