Feinstein: Why Didn't Comey Get a Search Warrant Before Clinton Email Announcement? 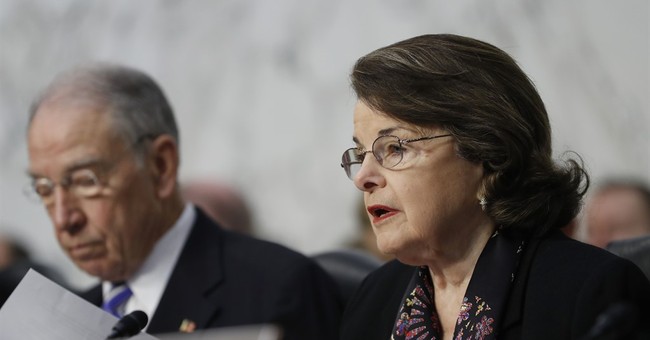 In an interview on CNN, she echoed her sentiment, wondering why Comey didn't make more of an effort to search the laptop in question before writing Congress the FBI was revisiting the investigation?

Dianne Feinstein: Why didn't Comey get a search warrant to find out what was in the computer before announcing Clinton email probe? pic.twitter.com/7O6mz6Z1gL

Instead, “a great injustice was done,” Feinstein said.

“There was nothing in that computer,” she continued. “It impacted the election. I think everyone agrees with that in one way or another.”

Despite Feinstein and other Democrats' qualms with Comey's timeline, the FBI director said he'd do it all over again because concealing the new information would have been "catastrophic."

"It makes me mildly nauseous to think that we may have had some impact on the election, but honestly it wouldn't have changed the decision," he said.