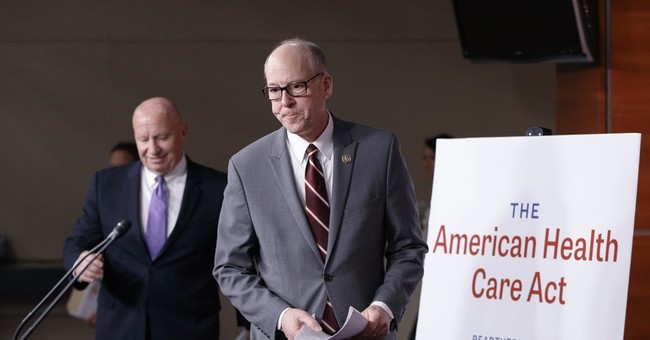 After nearly 28 hours of markups, the Energy and Commerce Committee has joined their colleagues in the Ways and Means Committee in approving the American Health Care Act on Thursday.

“Today, the House took a decisive step forward in fulfilling a promise to the American people that has been years in the making: repealing and replacing Obamacare with affordable, patient-centered reforms," Committee Chairman Greg Walden (R-OR) said. "After conducting an open and transparent markup, we are proud to put forth a plan that represents a Better Way for patients and families.”

The Obamacare replacement plan is now on its way to the Budget Committee, which will hold its markup hearing next Wednesday, March 15.

The bill still faces obstacles as conservative lawmakers continue to define it as Obamacare 2.0. In the midst of this pushback, House Speaker Paul Ryan has been selling the plan all over Washington, including this afternoon via PowerPoint.