Pelosi Reportedly Would Have Left Congress If Hillary Had Won 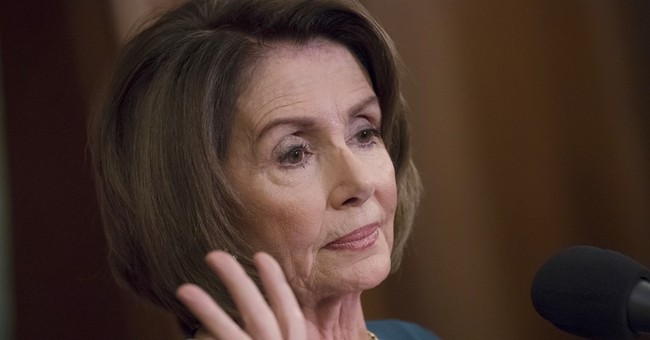 House Minority Leader Nancy Pelosi may have been enjoying a quiet retirement right about now had Democratic presidential nominee Hillary Clinton won in November. Yet, with Donald Trump in the White House and Republicans in control of both houses of Congress, Pelosi feels the urgency to stay put and defend her “legacy” that is Obamacare.

Pelosi is engaging in “guerilla warfare” to save the Affordable Care Act, in Politico’s words. It is one of her and President Obama's greatest achievements, after all, and she’s not about to let it be undone by the GOP.

During a Feb. 15 meeting, Pelosi told some high-ranking lawmakers she was here only to defend her signature domestic achievement and would have left Congress had Hillary Clinton won, according to sources in the room. With Clinton in the Oval Office, Pelosi’s signature achievement would have been safe. With Donald Trump in the White House, it’s facing imminent destruction.

Saving Obamacare is a difficult task, though, considering the Republicans just introduced their effort to repeal and replace it. Yet, when the Republican leadership revealed the American Health Care Act, conservative members of the House Freedom Caucus immediately condemned it as Obamacare 2.0.

Considering the cleavage in the party over the best direction to take in wiping out Obamacare, some Democrats are suggesting that the best thing Pelosi may be able to do is nothing and just let the divisions in the GOP deepen.

The disagreement does not scare House Speaker Paul Ryan, who twice expressed confidence that their legislation will pass.

It’s worth noting Pelosi’s cringe worthy hypocrisy. Last week she fumed that the Republicans’ health care bill was being secretly drafted in the basement of Capitol Hill, behind closed doors. Did she forget that when Obamacare was being debated, she said they needed to “pass it to see what’s in it?”

Her inability to engage in self-reflection, both in the fight over Obamacare and her refusal to change course after the party’s devastating losses in November, may have Democrats wishing she had chosen retirement after all.

It's Over: Senate Republicans Defeat Corrupt 'For the People Act'
Townhall
'In the past, we've been activists': Teachers says colleagues need to do what's right for 'their' kids, ignore state law
Twitchy
Women Want to Know Why Men Don't Want to Marry Anymore...Allow Me
Redstate
BREAKING: Senate Democrats Rally Behind Critical Race Theory Promoter, Kamala Breaks the Tie
PJ Media