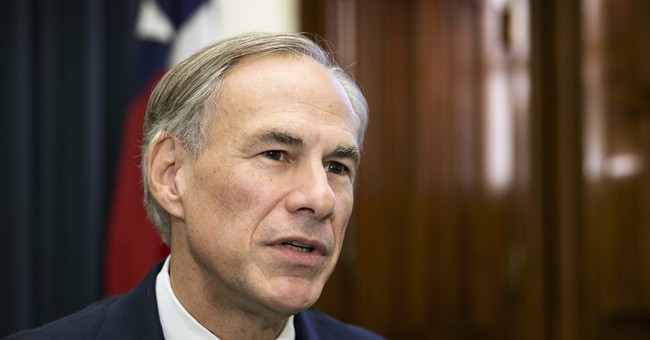 Texas is proposing a bill to mandate that citizens use public restrooms that correspond to their birth certificates. Like a similar law in North Carolina, it has its share of critics who argue it is discriminatory toward transgender people. The NBA targeted North Carolina for their mandate, but the NFL has its sights on Texas. The football league warned Gov. Greg Abbott last week that the state either get rid of the bill or risk hosting another Super Bowl.

"The NFL needs to concentrate on playing football and get the heck out of politics," Abbott responded.

The league, Abbott said, should instead spend their time addressing their own issues, such as rebel football players who refuse to stand for the national anthem.

In case he didn't already make his point, Abbott added: "We don't care what the NFL thinks and certainly what their political policies are because they are not a political arm of the state of Texas or the United States of America. They need to learn their place in the United States, which is to govern football, not politics."

In defending the legislation, Texas Lt. Gov. Dan Patrick insisted it was a necessary step to protect women from sexual predators.

Yet, joining the NFL's protest, over 140 artists have sent a letter to Texas legislators opposing the bill.