Dem Senator: We Need An Independent Investigation on Russia Just Like We Did After 9/11 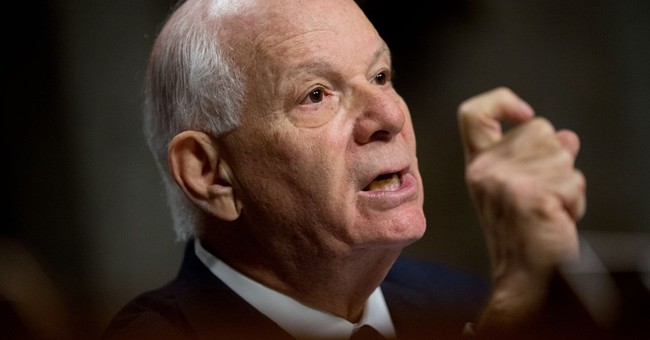 “They’re just not serious,” he said on Fox News Wednesday morning. “They’re much more interested in the politics of it than they are actually finding out what happened.”

Democrats called for an independent commission on Tuesday to investigate Russia's supposed interference in the 2016 election, and former National Security Adviser Michael Flynn’s talks with Russia, which eventually led to his resignation. Gowdy insisted the House Intelligence Committee can do the job just fine, adding mockingly that the Democrats have so much energy right now to investigate because they took an "8-year vacation" when President Obama was in office.

Appearing shortly after Gowdy on Fox News, Sen. Ben Cardin (D-MD) disagreed. We need an independent commission with broad powers to investigate, he said, because we did the same thing after the terror attacks on September 11.

“Russia has attacked us,” Cardin said. “They tried to compromise our election system. It’s important we have a serious independent investigation to protect ourselves. It’s got to be nonpartisan and comprehensive.”

Fox’s Shannon Bream mentioned that Americans may wince at his comparing the Russia situation to the worst terror attack on our country, but he persisted.

“What Russia is trying to do is bring down our democratic institution,” he said, adding the interference is "leaving us vulnerable to terrorism."

“This is not politics,” he said. “It’s about protecting our national security.”