Another Democrat Criticizes Party For Going Too Far Left 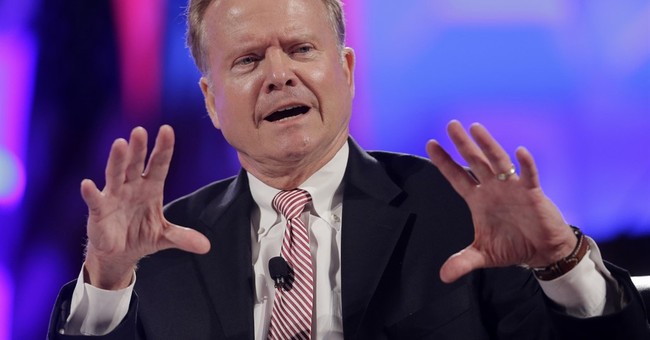 Former Sen. Jim Webb (D-VA), you may remember, ran against Hillary Clinton for the Democratic nomination for president in 2015. He was lauded for his common sense answers during the debates, which seemed especially sane next to the socialist rhetoric of Bernie Sanders.

In an interview on "Meet the Press" this weekend, Webb regretted how his party is now unrecognizable with its radical leftist agenda.

Webb, speaking to NBC’s “Meet the Press,” said Democrats are embracing “identity politics,” which means “they’ve lost the key part of the base – the people…who believed that regardless of any of these identity segments, you need to have a voice in the quarters of power for those who have no voice. And we've lost that with the Democratic Party.”

It's not hard to tell he was a former Republican.

Other Democrats like Tim Ryan also haven't been afraid to criticize their own party. The Ohio congressman challenged House Minority Leader Nancy Pelosi because he witnessed her unwillingness to change course. His colleagues chose to stick with the status quo, meaning working class America will continue to be largely ignored by the party.