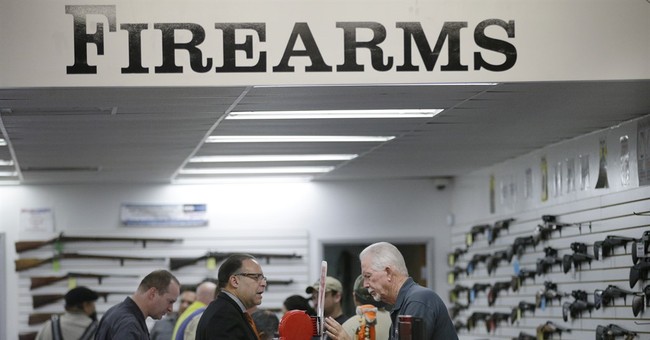 Leftists on social media were horrified by news that Congress had just voted to repeal a gun regulation that had been enforced by the Obama administration to supposedly keep firearms out of the hands of the "severely mentally ill." Except, like many headlines lately, it could be filed under fake news.

Last May, Katie reported on how the Obama White House tried to strip gun rights from people who receive financial help managing Social Security benefits. Under the gun control measure, those individuals could be deemed mentally unfit and placed into the NICS background check system as ineligible to purchase a firearm without due process.

It is this anti-gun effort that Congress decided to do away with on Thursday.

The Washington Free Beacon's Stephen Gutowski tweeted that the move is hardly worthy of such "hair-on-fire reactions" on social media. He provided facts that other media outlets failed to find.

Here are the basics of the Social Security gun ban & why gun rights activists oppose it. pic.twitter.com/NaOn4XRwsD

Gutowski also pointed out that even the ACLU and The National Council on Disability also opposed the Obama-era regulation.

In case you were wondering, these statements were not included in CNN's write-up.

Minnesota Mayor's Traffic Stop Suggestion to Police After Duante Wright Shooting Will Get Cops Killed
Townhall
Vanity Fair headline about Hunter Biden's advice for Trump's children is IRONY OVERLOAD
Twitchy
Gaetz Turns it Around on CNN Journo After Network Exec Says Their Coverage of Him is "Propaganda"
Redstate
The Morning Briefing: Project Veritas Confirms CNN Is a Cesspool of Biased Lies
PJ Media