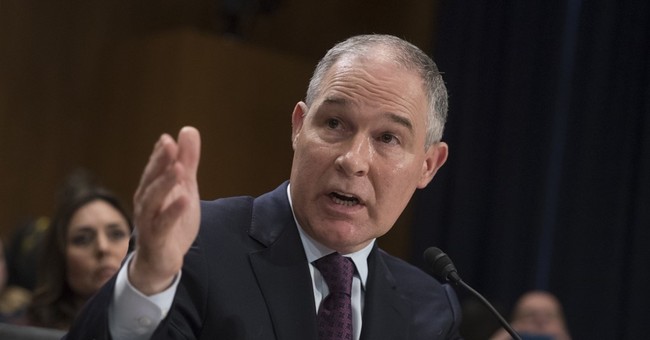 After failing to show for the confirmation votes of HHS nominee Tom Price and Treasury nominee Steve Mnuchin, Democrats are also boycotting the vote for EPA nominee Scott Pruitt. Republicans are lamenting their colleagues' obstinate behavior.

“I have been informed that no Democrats will be in attendance,” said Sen. John Barrasso (R-WY). “It is a disappointing turn of events.”

Sen. Orrin Hatch (R-UT), usually one of the Senate's most "even-tempered" members, was incensed on Tuesday that the Democrats were no shows, even calling them "idiots" for their actions. He took matters into his own hands on Wednesday and held the votes for Price and Mnuchin without his Democratic colleagues, allowing their confirmations to move forward.

"We took some unprecedented actions today due to the unprecedented obstruction on the part of our colleagues," he explained in a statement on Wednesday.

Will they have to do the same for Pruitt?

It's been a very stubborn couple of days on Capitol Hill.