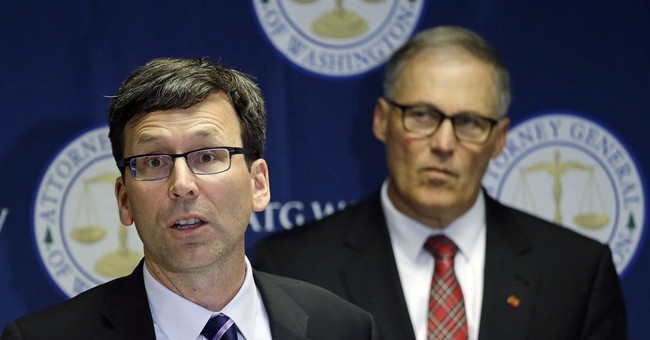 Washington State Attorney General Bob Ferguson announced on Monday that his state was suing President Trump in the wake of his executive order on immigration. They are seeking restraining order on the travel ban, he told the press.

Immigrants, he said, have “the right to be free from religious discrimination.”

The executive order, Inslee continued, is the definition of cruelty.

“It’s an unconscionable religious test,” he said. “The clear intent of this executive order is to discriminate against one faith amongst all God’s children.”

In addition to Trump’s supposed attack on religion, Inslee argued that the president’s executive order will also have a damaging effect on Washington’s economy.

“The inhumanity of this is obvious.”

Along with Washington State, the ACLU and CAIR have also filed lawsuits in response to Trump’s executive order.