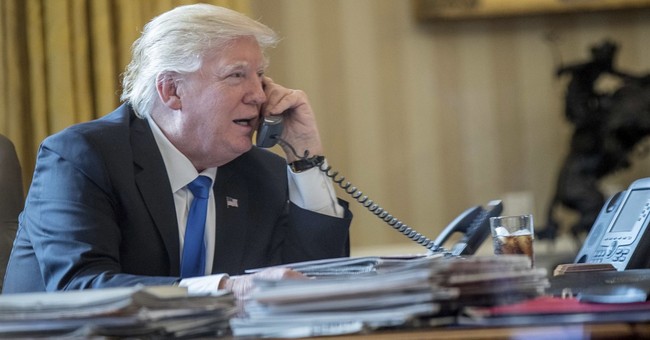 Russian President Vladimir Putin spoke with President Trump via phone on Saturday with hopes of establishing a “fresh start” between their two countries.

The two leaders spoke about their need to work together to defeat ISIS, as well as the Syrian crisis, Ukraine, the Iranian nuclear program and the situation on the Korean peninsula, reports Reuters.

.@realDonaldTrump on the phone with @PutinRF_Eng of Russia pic.twitter.com/SNPFzQhRph

Considering the often tense meetings between President Obama and Putin and the recent investigations into Russia's role in the supposed hacking of the 2016 election, the 45th president intends to rectify their relationship.