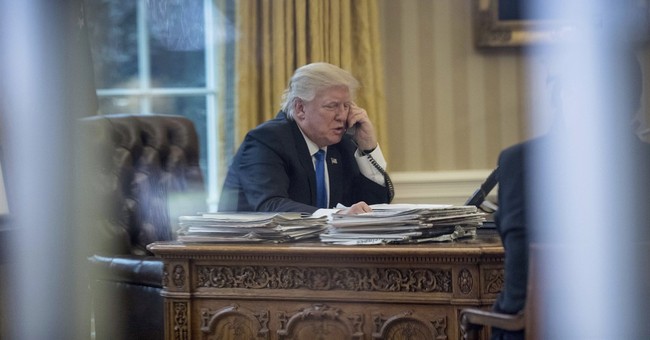 UPDATE: The Council on American-Islamic Relations is poised to follow the ACLU's lead. The former is expected to file a lawsuit against the president on Monday in the Western District of Virginia.

The group's national litigation director told The Independent that there are more than 20 million Muslims supporting the lawsuit and that CAIR began planning litigation immediately following Trump's signature.

Lena Masri said American Muslims have been "targets of discriminatory behavior" for a long time.

"This is an order based on bigotry and not reality," a CAIR statement obtained by the paper read.

He's only been president for a week, but Donald Trump's critics are already trying to drag him to court. Trump signed an executive order Friday night that prohibits refugees from Syria and six other countries in the Middle East and Africa - part of his plans to increase our vetting process and tamp down on terrorism. Democrats decried the executive action as heartless, a couple even invoking the symbol of a weeping Lady Liberty, while some media outlets called it downright unconstitutional.

As for the ACLU, they are ready to sue him. The group is representing two Iraqi men who were detained on their way to the States.

The American Civil Liberties Union (ACLU) on Saturday sued the Trump administration on behalf of two men who were detained at an airport while traveling back to the U.S. because of President Trump's immigration crackdown.

The suit was filed on behalf of Hameed Khalid Darweesh and Haider Sameer Abdulkhaleq, two men from Iraq who were detained and threatened with deportation shortly after arriving at New York’s Kennedy International Airport on Friday, hours after Trump's executive order was signed.

One of the men, Darweesh, was eventually released.