Pro-life Group: We Were Never Given an Explanation Why We Were Dropped As Sponsor From Women's March 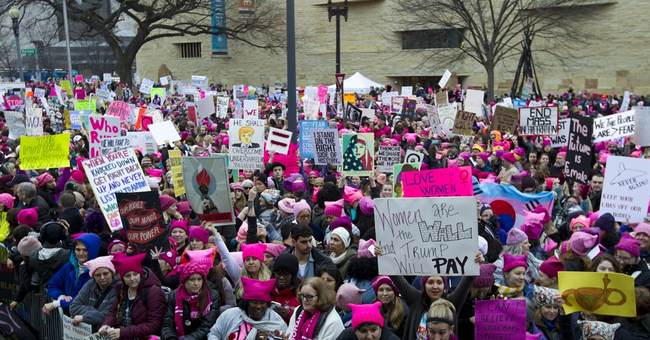 The New Wave Feminists found out from reporters that their name had been dropped from the list of sponsors at Saturday's Women's March. Its president, Destiny Herndon-De La Rosa, told "Fox and Friends" that the march organizers knew full well they were a pro-life group, yet once they saw the backlash their presence invoked, the organizers caved to pressure and dropped their partnership status.

Women's March organizers dropped @NWFproTX as partners over their pro-life platform without ever notifying the group of their decision! pic.twitter.com/SRw7a9KSpS

Despite the treatment they've received, La Rosa and her organization are in Washington today, noting they don't need an invitation to march on behalf of women's rights. She also noted that several fellow marchers have welcomed them with open arms, despite the organizers' decision.