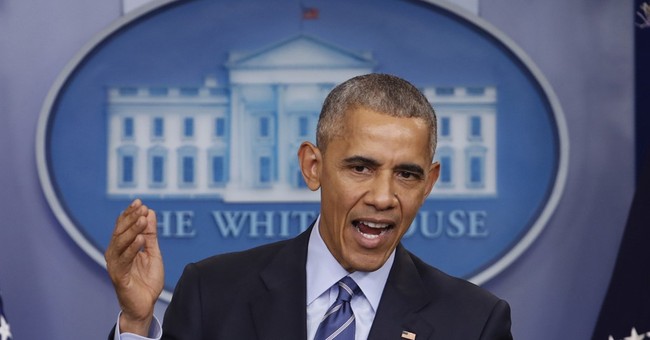 The House voted in favor of The Regulations from the Executive in Need of Scrutiny Act of 2017 (H.R. 26) on Thursday. The measure would require Congress to approve all new major regulations, meaning the executive branch will be more accountable to the legislative branch. Congress introduced the legislation in the 114th Congress after President Obama repeatedly abused his executive powers, according to top Republicans.

Rep. Doug Collins (R-GA) introduced the act again this week after being sworn in with his colleagues to the 115th Congress.

The conservative think tank Heritage Foundation is a big fan, arguing the legislation would "restore accountability" to the legislative process.

"The REINS Act would finally give a real bite to regulatory review by, in effect, reversing the burden of proof," The Heritage Foundation’s James Gattuso explained. "Specifically, promulgation of major rules would be conditioned on approval by Congress. They would not be formally adopted until and unless a “resolution of approval” is adopted by Congress. As with the CRA’s “resolution of disapproval,” this resolution would be subject to fast-track consideration.

This is undeniably a significant change in the way rules are adopted. The effect, however, is to reinforce, not to upset, the constitutional balance of powers. As a first matter, the change merely restores Congress’s constitutional role of legislating, much of which has been delegated to regulators. As important, the change constrains Congress as much as it empowers it by making legislators more accountable for their actions."

Trump said he'll sign the bill should it reach his desk.