White House: Iran Working on Nuclear-powered Vessels Does Not Violate Our Nuclear Deal 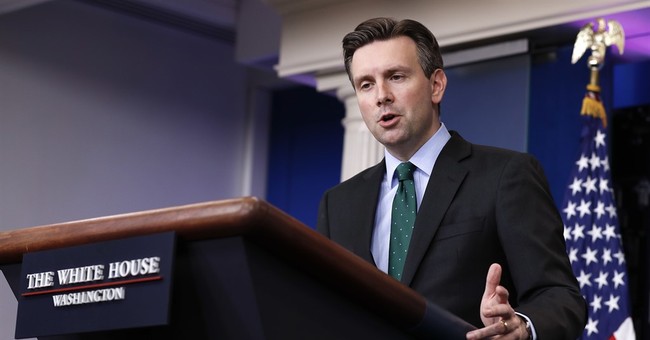 Russia dominated the headlines last week, but Iran deserved to be on Page One as well. President Hassan Rouhani declared on Tuesday that his country would be working on a nuclear-powered vessel in retaliation of the U.S.'s decision to extend economic sanctions for another 10 years. That, Rouhani claimed, was a "violation" of the nuclear deal.

Did the White House offer an aggressive response? Not so much. In a press briefing, White House Press Secretary Josh Earnest said he and the administration saw nothing wrong with Iran's knee jerk reaction.

"The announcement from the Iranians today does not run counter to the international agreement to prevent Iran from obtaining a nuclear weapon," Earnest told reporters.

The State Department downright admitted they "don't know" exactly what Rouhani means with his latest announcement, but if he is planning on creating a marine nuclear propulsion program, it would take decades to accomplish.

If that makes you feel better.

What else does Iran have to do to prove it is not a willing partner for peace? More importantly, how many passes are we going to give them?